God intends to fill the whole earth with His glory. What a glorious thought!

More incredible than that, He has chosen to give each of us a role to play in bringing that to pass, as we work together offering the gifts He’s given us to give.

No clearer picture of this is found in scripture than in II Chronicles 5, where the whole nation of Israel gathered to dedicate the temple of Solomon. As the leaders, priests, Levites, and nation were of one heart and one voice in worshiping the Lord, His glorious presence filled the place to the point that the priests could no longer perform their ministry.

Heaven had come to earth, and humans could do nothing but bow!

In the Old Testament, the Levites were the tribe of Israel who were descended from Levi, the third son Of Jacob, or Israel, and Leah.

Although the Levites represent a number of different theological ideas, for us they are the clearest example in scripture of those who serve in the area of worship in the House of God.

The name “Levi” means “attached” or “joined”. Leah thought her husband, who was deeply in love with her sister, Rachel, would become attached to her because she had borne him yet another son. This prefigures the work of Christ as our high priest, joining us to God, and also illustrates our priestly ministry, to see others joined to the Lord, always with the ultimate intent of bringing glory to God.

The Lord separated the descendants of Levi to Himself, as priests and servants in the tabernacle of Moses, and specifically prescribed the duties they would perform.

Key: The Levites were perpetually identified as serving families within the family of God.

I. WHY DO LEVITES SERVE ?

A. Passion for the Honor of the Name of the Lord

II. WHO DO LEVITES SERVE?

B. Priests, Leaders in the House of God.

C. The People of God.

III. HOW DO LEVITES SERVE?

I. WHY DO LEVITES SERVE ?

A. Passion for the Honor of the Name of the Lord

4. Vs. 29   God chose them in that moment to be separate from all Israel to Himself.

As a worship leader, musician, or singer, you have a Levite passion for the honor of the Name of the Lord stirring in your heart – it’s just IN you!

• It’s a call from birth – if you were born into the Levite tribe, you were… A LEVITE.

• It’s who you ARE, not just what you DO

• It’s not a man-chosen PROFESSION, but rather a God-ordained EXPRESSION.

We aren’t “special” because we have gifts!

• The gifts we have were given to us by the grace of God to play the part He designed us to play. Each with different measure, making full use of the measure we’ve been given.

• The gifts we have are not to give us a “ministry platform” or a place of recognition.

God appoints us to do the tasks He’s called us to do.

Leaders echo that God-ordination, separating those called to serve to their place of service.

1. Levites appointed by clan and by name to specific duties by Moses and Aaron,

2. Levites appointed to specific duties by David and leaders of Israel.

• I Chronicles 6:31-48   Appointed over the service of song, after the ark came to rest in the tent David erected to house it.

a. To commemorate, to thank, to praise.

• I Chronicles 25:1   David and the captains of the army separated Levites for service.

3. Levites appointed to their posts by Solomon.

II. WHO DO LEVITES SERVE?

Our first and foremost ministry must always be to the Lord Himself, as sons and daughters of the Most High God.

1. Romans 12:1   Our first & highest sacrifice is to offer ourselves as a living sacri- fice to the Lord, which is only our reasonable service of worship.

B. Priests, leaders in the House of God.

Are you a GIFT to your leaders?

• Helping to prepare the house for the congregation of God to come and worship Him.

• Helping, in our case, to lead meetings, lead people to the presence of God.

• Important to consider our role here, guard our hearts. More in next section on this.

C. The people of God.

• Serving the people as they bring their sacrifices to the Lord.

• Ministering to the Lord in such a way that we help others to find Him, serve Him.

• Our passion for the honor of His Name, for all to know Him, demands this of us.

2. Num. 3:12   Levites served the other tribes by taking the place of their firstborn.

II Chron. 35:14-15   No one had to leave their posts to provide for their own needs, they were served by their brothers.

III. HOW DO LEVITES SERVE?

• Num. 8:5-15   The Levites were to serve in the tabernacle after (vs. 15) being
ceremonially cleansed, purified from sin, separated, offered to the Lord.

• I Chron. 15:12   Levites’ work is holy, working in the Presence of God, must be carried out by those who deliberately set themselves apart to the Lord.

• Hebrews 13:15-17   Our sacrifices of praise to the Lord are only offered in spirit and truth as we live submitted in love to one another and to our leaders.

The Levites’ decision and action in Exodus 32:

b. Cost them something –

We sacrifice in laboring at our appointed posts, by the grace God has given us, so others can meet with Him – so they can have Him, and so He can have them.

But it’s a sacrifice that’s only our reasonable service of worship – it’s what we were created for!

Both individual and corporate –

• Practical administration, scheduling of life to allow time to serve.

The Levites worked in the House of God.

• Every practical serving group has work to do – practical, assigned tasks.

• Not just my gift, talent, ability

• We have to come with a heart to do the work required that day.

• This is a great time to remember that we’re doing what we were born to do!)

• Vss. 7-9  Older, experienced trained the younger inexperienced. All were schedule and served together.

Key: The Levites were perpetually identified as serving families within the family of God.

• We serve together, the greater with the lesser, the teacher with the student

o Doing what we’ve been destined by God to do.

• PULL TOGETHER – family bears the load together to do the will of God. 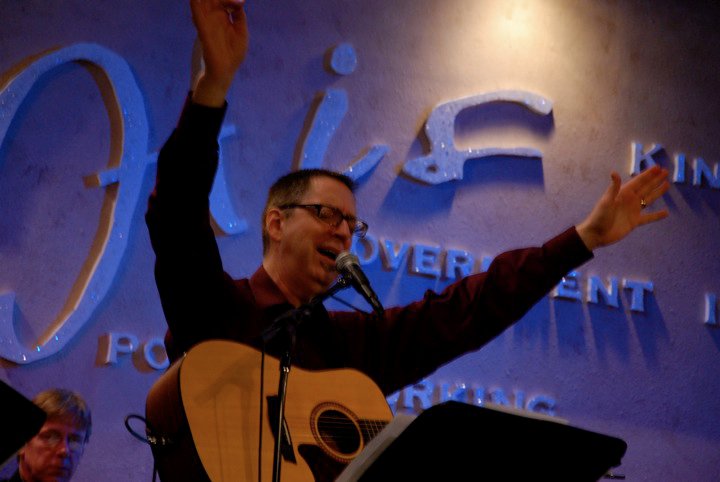